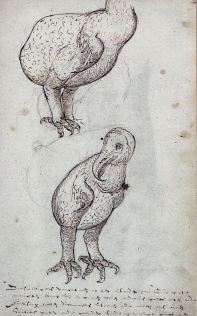 If it were not for the work of scientific illustrators, we would have very little documentary evidence for the existence of dodos and several other now extinct, bizarre and charismatic species (Hume 2003). Indeed, the image on the right is purportedly the earliest depiction of the dodo, sketched by Joris Joostenz Laerle during a voyage to Mauritius in 1602, (housed within the Nationaal Archief, Den Haag).

Remarkably, physical evidence for the dodo is restricted to a dried head and a couple of feet, which hardly gives us an insight into the unique life history and ecology of this bizarre bird. Contemporary studies of this species’ ecology and life history depend largely upon illustrations made three to four hundred years ago. 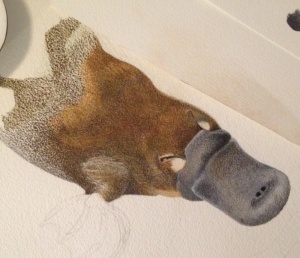 Imagine how natural history and modern science could have progressed without such images being created and curated for posterity? Banks’ botanical expedition to eastern Australia and Darwin’s work aboard the Beagle were enriched by such illustrations and captured the imaginations of their contemporaries. 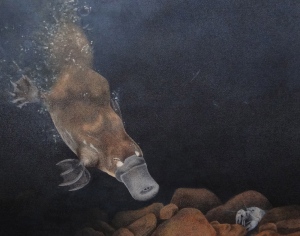 scientific illustrators in Australia. Their work invokes the romance of naturalist explorers hunched over parchment on rolling ships, deep in thought, brows furrowed, pencils in hand, trying to capture the essence of unique, alien specimens, aided only by the light of a flickering candle.

My favourite illustrator at the moment is Milly Formby, zoologist and artist, based in Victoria. Over the past two weeks I’ve been captivated by her illustration of the platypus (images reproduced with permission), by far the weirdest animal in Australia. Her other work on birds and fishes is equally phenomenal! Anyone interested in scientific illustration should definitely look her work up (millyformby.com) 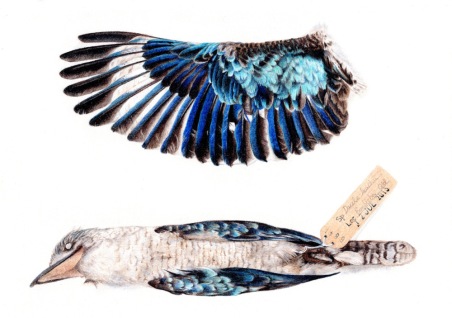